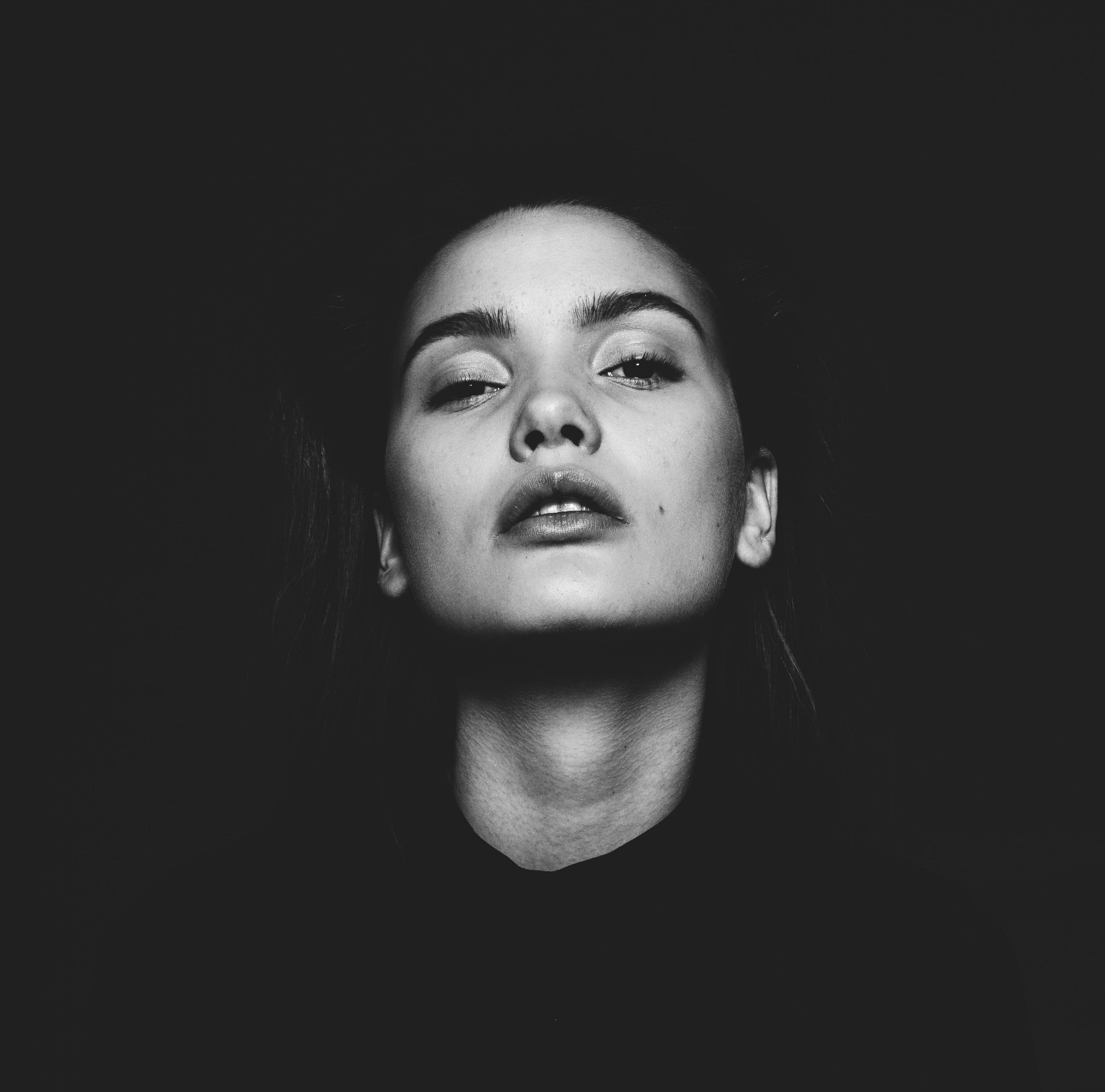 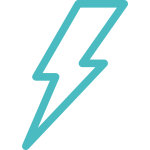 Why Hypothyroidism is a Feminist Issue

Thyroid disease affects an estimated 30 million Americans, and nearly 90% are women. The most recent stats say that one in eight women can expect to develop hypothyroidism in her lifetime. This means that if there are 100 of us at a party, a conference, in a classroom, working in an office, at the grocery store, statistically more than 10 of us might be struggling with a condition that can:

Not only are 1 in 8 women potentially affected, but so are teens and young girls – and at alarmingly increasing rates. I have several girls in my own medical practice whose Hashimoto’s began between the ages of 5 to 8 years old, diagnosed on the basis of stigmatizing weight gain, fatigue, and poor school performance because they just couldn’t focus.

Having Hashimoto’s, the autoimmune type of hypothyroidism, also increases your risk of autoimmune disease. Autoimmune disease is one of the top 10 leading causes of death in women in the US. Hypothyroidism is often undiagnosed and, when diagnosed, is often under treated. Both lack of treatment and inadequate treatment result in unnecessary suffering and disability for millions of individuals, most of whom are women. Women are five to eight times as likely as men to be hypothyroid

This stuff is no joke for us, ladies.

More than the Numbers

It’s not just because hypothyroidism affects primarily women, and so many of us, that it’s a feminist issue. It’s a feminist issue because an exorbitant number of women suffer with this condition for years before getting a proper diagnosis or treatment, are dismissed and made to feel that it’s in their heads, told that it should be less of a problem than they’re making it out to be, or that their symptoms would be in their control if they just changed their lifestyle (or attitude).

Women may be told that their symptoms are anything but organic and biological; instead they have been told:

These are all real quotes from patients of mine, said to them by a doctor they consulted for help with their symptoms.

Because the symptoms of Hashimoto’s, non-autoimmune hypothyroidism, and other autoimmune conditions contain mental health symptoms, and symptoms that are considered ‘somatic’ by the medical community – meaning physical manifestations of emotional or psychiatric issues – women presenting with these symptoms are too often summarily dismissed, their symptoms discounted. Research indicates that “physicians are more likely to interpret men’s symptoms as biological and women’s symptoms as psychosocial – that is, that women’s symptoms are a result of a mental, rather than physical, illness.”

YOU are the expert on your own body. It’s your doctor’s job to listen and to give you the trust, support, information, and access to resources you need to help you live your best life. That’s what the whole medical profession should be about.

Over the past year alone, I’ve received hundreds if not thousands of emails, Facebook comments, and personal notes from women who were dismissed for years, felt unheard, struggled with shame over their fatigue, memory problems, or weight, who went down long roads of treatment for other conditions whose symptoms were caused by hypothyroidism, including:

Undiagnosed or improperly treated thyroid disease is not just a matter of inconvenience or short-term suffering for women – though “short-term” is relative; it can take up to 5 years to get a proper diagnosis. Untreated hypothyroidism has serious risks. In women in their 60s, it can increase the risk of heart disease and dementia. Yes, that’s right. In younger women, the quality of life costs are incalculable: mistreated depression, the personal impact on relationships, fertility problems, or the tremendous suffering of being overweight that some women experience in a culture that prizes thinness. The health risks for young women are no less real: high cholesterol and heart disease can result from hypothyroidism.

But there’s more to the story that makes it, like so many women’s medical issues, a feminist issue, and when I say a feminist issue, I mean a condition, situation, or problem uniquely facing women and caused, perpetuated, or reinforced by cultural values, stereotypes, and attitudes that are harmful to women.

For more on the Root Causes of poor thyroid function and how to heal them, check out my book.

A History of Bias

Modern western medicine was built on a historical foundation of beliefs, attitudes, and philosophies that were inherently sexist and even misogynist. Women were seen as the lesser sex, our mental stability fragile and hinging on the proper location of the uterus in the body. (Hysteria, originally attributed to women, was so named because it was believed to occur as a result of the uterus wandering around the body. Hysterikos is the Greek word for uterus.) At the end of the 19th century, “unexplained conditions in women were often seen as attempts to gain power or attention.”  Women often went without treatment if physicians deemed them either “overly feminine or overly aggressive and opinionated.”

Even well into the 1970s, only 7% of medical doctors were women. One of the reasons given for lack of our acceptance into the professional was that we couldn’t be relied on for 5-7 days of the month – mentally, emotionally, or physically – because of our hormones. While there are certainly more women in medicine today, gender bias persists and negatively affects both women doctors and the health outcomes of women patients.

Oppressive practices have been systemically ingrained in medicine by historically-based beliefs and social constructs about women. We were – and continue to be  – treated as subordinate, powerless, and emotional. We are expected to be passive, dependent, agreeable, and accepting of whatever we’re told.

Women who speak up, stand out, or who demand appropriate care are labeled difficult. This term may even make its way as a descriptor into a patient’s medical chart. I was called difficult in my first pregnancy in 1984 for refusing an unnecessary prenatal ultrasound. I was called difficult as a medical resident for speaking up for myself. (I was actually derogatorily referred to as a “Jewish woman” in my 3rd year of residency training, implying that I speak, talk back to authority, assert myself, and am therefore difficult.) And I’ve heard far too many doctors refer to women patients, usually those with chronic health conditions such as chronic fatigue, fibromyalgia, or ‘alleged’ thyroid problems, as difficult. PIA (pain in the ass) is an acronym so commonly used by doctors in hospitals, clinics, and private offices as to have jokingly made its way into many medical acronym lists circulated in medical and residency training. Women who express a confusing array of symptoms that aren’t validated by test results, or summed up into the tidy package of a medical condition, are considered hypochondriacs.

It’s a system known for ineffective doctor-patient relationships and gender bias that leads to statistically significant amounts of misdiagnosis, delayed or inappropriate medical treatment, and women seeking help anywhere they can find it – including from “Dr. Google” – when meaningful help is nowhere to be found in the doctor’s office.

It’s a feminist issue because it affects at least 1 in 8 women. That’s a f#©! ton of women suffering with a condition that remains marginalized in medical care and for which the only treatment is a lifelong prescription for thyroid hormone. Even after diagnosis or treatment, many women never receive appropriate follow-up, leaving them symptomatic on the wrong medication – or possibly on the right medication but at the wrong dose for her personally. This problem affects women across all ages, socioeconomic settings, and races, but is exacerbated by the latter two factors.

There Are Answers, But It’s Been a Low Priority

Yet it is well-established through extensive research from the world of toxicology, that women are uniquely vulnerable to environmental toxins, including damage to our thyroid as a result of exposure to pesticides, herbicides, phthalates, heavy metals, and more. Studies from Alesio Fasano, MD and others  that food triggers, particularly gluten, as well as artificial sweeteners, can cause Hashimoto’s, and research into the microbiome, has revealed a connection between microbiome disruption, intestinal hyperpermeability, and Hashimoto’s.

While a recent Time magazine cover brilliantly lauded women who speak up as the Time Woman of the Year 2017, and while women are claiming more voice around sexual trauma with the #metoo hashtag and by speaking out, things are not only not getting better for women in many aspects intrinsic to our well-being, they’re getting worse.

Things are getting worse for women in healthcare, too. For example, in 2017, the US was one of only two countries in the world whose maternal mortality rate in childbirth was going up, not down. The top 5 surgeries performed in the US are done on women and include hysterectomies and cesareans – and at least 50% of each of these has been shown to be unnecessary, preventable with other non-surgical approaches (which, research shows, women are not appropriately informed about or offered), and which increase women’s risks of infection and death. And women already in a the hospital are much more likely to die of a heart attack than men. We rank near the bottom for access to healthcare internationally amongst ‘first world' countries, and even some developing nations.

Margaret Mead is attributed with these important words: Never doubt that a small group of thoughtful, committed citizens can change the world. Indeed, it is the only thing that ever has.

Women with thyroid disease are not a small group –  there 30 million strong in the US alone. We have to believe we can change the world – even when we’re tired. And those of us who are not struggling with the debilitating fatigue of hypothyroidism need to advocate for our sisters any way we can.

As women we need to stand up and use our voices to change how medicine is practiced. Yes, we need to be difficult women when we are being dismissed, overlooked, unheard, even if it means not being ‘a good girl.’ We deserve to be heard and treated fairly. We deserve to be treated as the best expert of our own body.  Because each woman is the best expert in her own body. This is a core principle of health feminism. And we deserve the best and safest testing and treatment, offered in a collaborative model.

Yes, YOU are the expert on your own body. It’s your doctor’s job to honor that, to listen and to give you the trust, support, information, and access to resources you need to help you live your best life. That’s what the whole medical profession should be about. Until it is, we’ll have to brave being labeled as ‘difficult women’ and demand the change. We can be difficult together.

If you enjoyed listening to the audio version, Subscribe to Natural MD Radio on Apple Podcasts, Soundcloud, Spotify, or wherever you listen to podcasts. If you love what you hear, please SHARE this with your friends, and make sure to leave a review on iTunes so more women can get health empowered!

Natural MD Radio: What’s Sasha Fierce Got to Do With It?

Thank you for articulating this reality so thoroughly and beautifully!